Why you would want to have the plates different areas escapes me but here goes. 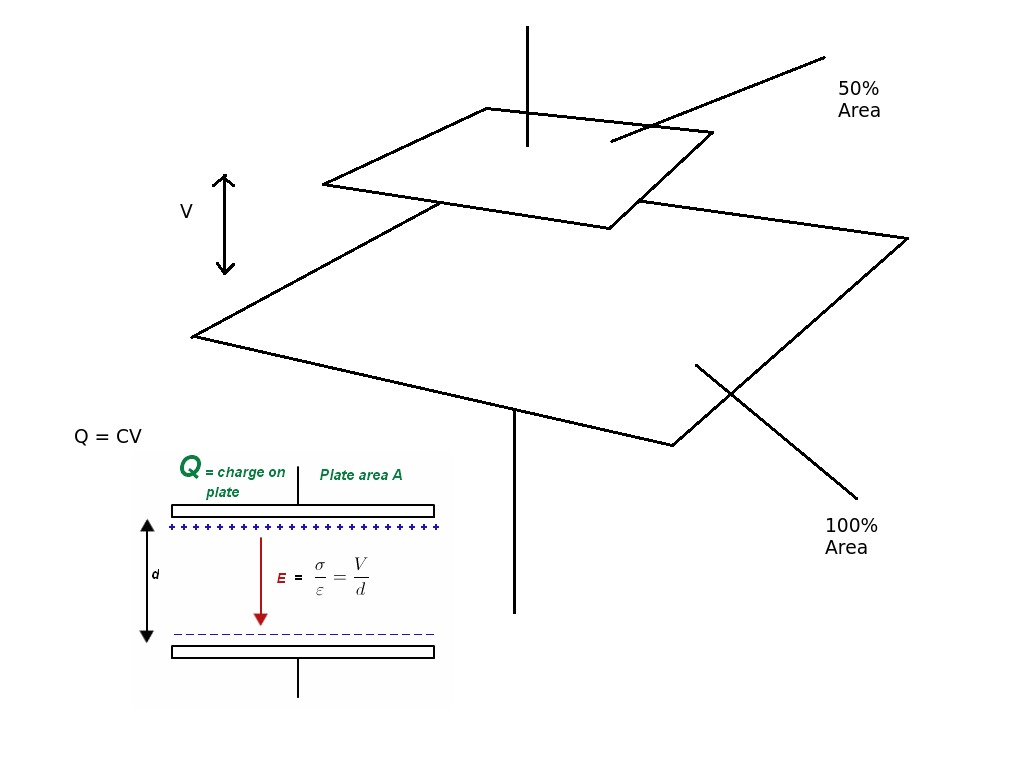 The charge on the plates will be the same.

The electric field between the plates will essentially follow the geometry as the charge on the smaller and larger plate will be evenly spread over its surface forming equipotentials parallel to the plates.

Will the electrical charge between those two plates be the same?

If you’re asking if the magnitude of electric charge on each is equal then I think the answer must be yes. You’re charging the capacitor with a current. Let’s assume for simplicity the current is some constant I during some time T. Then, in T seconds, Q = IT Coulombs of charge is placed on one plate and removed from the other. This is just an application of KCL.

Will electromagnetic current between those two plates be the same?

If, by electromagnetic current, you mean displacement current, isn’t there just one current between the plates? I don’t understand what you’re trying to ask here.